This week I really focused on getting down the number of books that I had checked out from the library. Which means that I read a lot of comic books! I read some really great comic books this week, including a (new to me) series called Giant Days by John Allison.I talked a little bit about this series in my last post but just to recap, the series is about Ester, Susan, and Daisy starting their time at university. I really love this series and I will definitely be continuing to read these. If you are a fan of slice of life comics with a little bit of dark-ish humor then these comics will be right up your alley.

I also read two volumes of Green Lantern this week which I am really enjoying right now! I generally don’t go for DC (I’m usually a Marvel girl) but this is such a great series of characters. I read volumes 6 & 7; The Life Equation and Renegade. My coworker and friend, Patricia, recommended that I read Green Lantern a little while a go and I’ve been working my way through the comics the last few months or so. I really love all of the characters in this series. I like the fact that the character are flawed and sometimes makes the wrong choices and then have to deal with horrific consequences.

After seeing Captain Marvel last week I wanted to dive into the comic book series because that movie was the BEST MOVIE I HAVE EVER SEEN. So I read Captain Marvel #1 by Michele Fazekas (which I then found out was not the actual first Captain Marvel comic book lol I’m going to have to do some research to see where I need to start with this). Because I had watched the movie already I was pretty much able to pick up this book and be fine even though there were a bunch of other Captain Marvel series before this one. That being said, I really liked this book. If you were a fan of the movie (and who isn’t really?) then this would be a fantastic book for you! 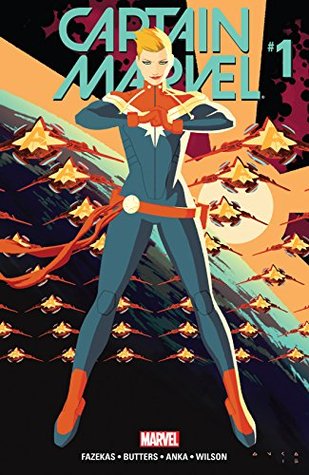 I also read another book that had something to do with Captain Marvel and that was NextWave, Agents of H.A.T.E.: Ultimate Collection by Warren Ellis. One of the main characters in the book, Monica Rambeau, is the daughter of Captain Marvel’s BFF Maria Rambeau. She was also Captain Marvel at some point as well. This complete collection includes comics one through twelve and is all about NextWave who are agents of H.A.T.E. (the Highest Anti-Terrorism Effort) and are put together to fight against Bizarre Weapons of Mass Destruction made by the Beyond Corporation. But once the agents discover that H.A.T.E. is a terrorist cell itself, the shit really hits the fan! It’s a really great series that is a little (ok a lot) wacky and really fun. I highly recommend this one if you are a fan of less serious comic books. 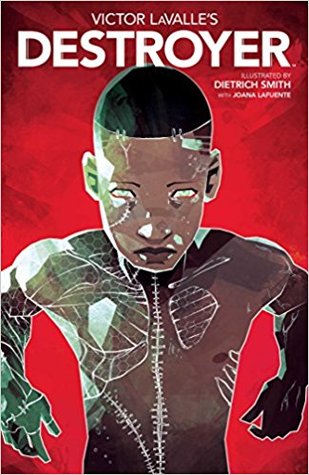 The last comic book that I want to talk about is Victor LaValle’s Destroyer by Victor LaValle. This comic is a modern take on Frankenstein. This is about a woman who is a very, very smart scientist who gets pregnant and has a son. After her son is born Dr. Baker quits her job at a fancy science lab and dedicates herself to becoming a mother and scientist, on her own terms. After her son is murdered by the police, Dr. Baker goes into hiding and uses her work in nanorobotics (I have no idea if I spelled that correctly) to bring her son back to life. When this happens, the fancy science lab that Dr. Baker used to work for comes for her and her work. Little do they know that not only will they have to deal with the monster, they will also have to deal with a mother’s anger. If you are a fan of the original Frankenstein by Mary Shelley then this comic will be right up your alley. I absolutely loved it and would highly, highly recommend it.

That is it for this week! I hope you all had a happy reading week and I look forward to hearing about what you are reading in the comments! Also, come say hi on Twitter!