Right now I’m up in Orlando for Megacon so I’ve been traveling and hanging out with friends a lot! Because of all that (and being sick earlier this week), I didn’t get much reading done this week. I’ve included books that I have read from the last two weeks so there are a few more than usual. I hope you guys enjoy! Onto the book! 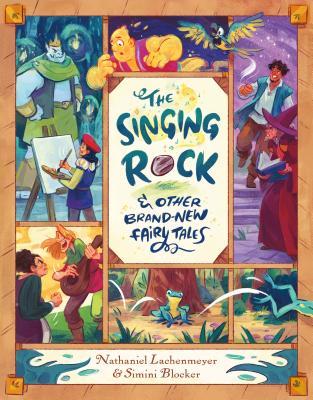 The first book that I really enjoyed last week was The Singing Rock & Other Brand-New Fairy Tales by Nathaniel Lachenmeyer. I cannot say how much I loved this book! All of the stories were fantastic and the artwork is gorgeous!!! There were four new fairy tales” Hop, Hop, Wish, The Singing Rock, The Sorcerers New Pet, and Ogreish Art. I really can’t pick which one was my favorite, I loved them all! I don’t want to give away what any of the stories are about (although you may have a guess form the titles) so this review will be pretty short. If you are a fan of fairy tales new and old then this will be right up your alley. I highly recommend this title be purchased for public libraries as well. It would make a fantastic addition to any collection! 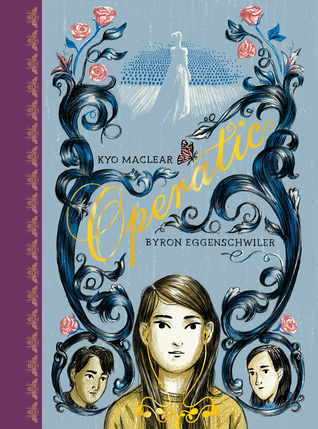 The next book is Operatic by Kyo Maclear. This book is about a group of kids in 8C, a music class in middle school. They are tasked with doing a project on a genre of music that defines them. Charlie is having a hard time figuring out what type of music defines her. They are learning about a different genre of music each day and Charlie doesn’t know which one she relates to the most. Until they come to opera. She discovers Maria Callas, an amazing opera singer. She finally finds something that she connects to.

This is a fantastic book. I loved the story and the artwork. This is one of those books that I would recommend to someone if they are just starting out reading comics/graphic novels. I think that this is a fantastic addition to any library – personal or public. 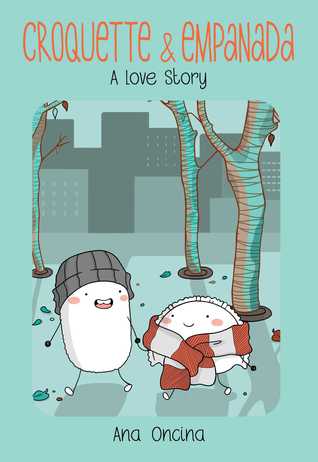 Next up is Croquette & Empanada by Ana Oncina. This is an adorable little comic book about Croquette and Empanada, a couple just going though life and having adventures. I really liked that there were a bunch of different stories in this collection but that they still had an overarching story line that they kept to. Some of the stories were just a page long and then some were up to a few pages long. I liked the variety of the lengths of all the different stories. I also really liked the artwork and the color palette in this graphic novel. I would recommend to pretty much anyone. The stories could be enjoyed by any age group with no problems I think. 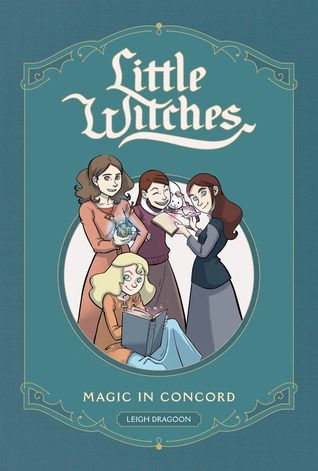 The next book that I really, really liked last week is called Little Witches: Magic in Concord by Leigh Dragoon. This book is a retelling of Little Women by Louisa May Alcott but with the sisters being witches. I really enjoyed this book. I have read and loved Little Women so I knew the basic plot going into the book but I was pleasantly surprised to read all of the changes that were made to the original book. I was very glad that the author didn’t change the sisters personalities that much, they were essentially the same as in the original just having added powers. I think this book is geared towards middle grade kids, especially girls. This would be a fantastic addition to any library or home library for kids that age. I think it has a great message about how to get along with your siblings and how not to be envious of things that you don’t have. Overall I highly recommend this book. 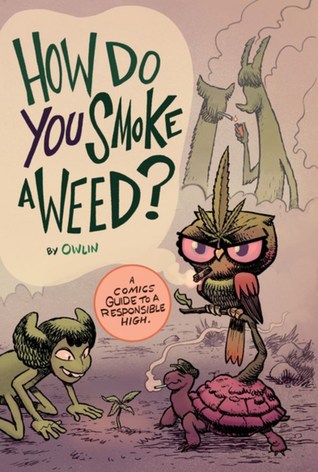 Next is How To Smoke a Weed by Owlin. This was a really cool book. It is very different from other non-fiction graphic novels that I have read in the past but I think that was one of the things that I liked about it. This book is all about weed. Yes, the smokeable plant that can get you high. I found it to be very informative and I actually ended up learning quite a bit of stuff about weed. They explain the difference between the types of weeds that can be grown and how they can affect the body. The book was very non-judgemental and was really great about saying that there was no wrong way to smoke or not smoke. I showed all the different ways that you can use weed such as tinctures for pain or smoking just for fun. I really appreciated the huge amount of information that this book had in it. From the different strains, to what THC and CBD are, to how to keep your tools clean, and how to be safe when smoking. I think that this is a great book to add to any non-fiction collection for people who are curious about what weed is and how to enjoy it (if they want to). 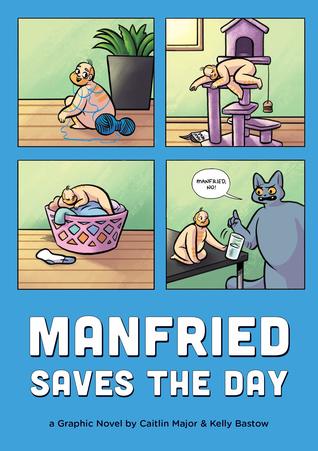 And last (of the good books) is Manfried Saves the Day by Caitlin Major & Kelly Bastow. This is an adorable book! This is the second book about Manfried the Man and his cat owner, Steve. Steve writes comics for an online cat humor page called Cheezeburger and also helps out at the local shelter which is run by Henrietta Catface. The main crisis for this book is that the owner of the man shelter wants to sell the shelter to a greedy cat who wants to tear the shelter down! So the gang of friends decides that they will raise the money to buy the shelter out from under the business cat. They decide to enter a man show to try and win best in show for the prize money.

I really enjoyed this book just as much as the first one. I like the premise of the story about everyone trying to band together to save the shelter from the evil business cat. The story is great and flows very well and naturally. I liked getting to know the characters better in this book as well. As someone who has dealt with student loans it was nice to see that reflected in the Chelsea Meowmers character and the struggle that she was going through about money and trying to take care of herself and her men. I didn’t really think I would find anything to relate to in this book but I really did! I loved watching the various characters deal with the men and trying to get them to all get along. I’ve definitely been there with my two cats. I would highly, highly recommend this book to anyone but especially if you are a fan of cats! 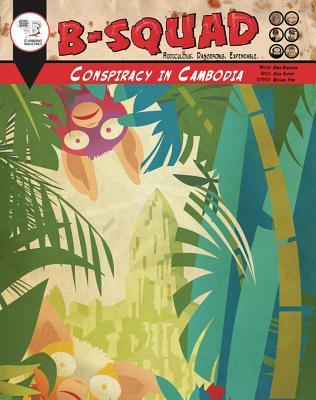 This last book is B-Squad Volume 1: Conspiracy in Cambodia by Eben Burgoon. There were a few things that I liked about this book but there weren’t many. I liked the artwork. It was very cartoon-y and campy which was what I was expecting going into this from the description. I liked the idea that the plot was based on as well. That one member of the team dies on each mission and gets replaced by a new member is an interesting concept. However, that is where the good things end for me. I’m not sure if this comic was spoofing Gremlins or not (I couldn’t find anything anywhere saying that it was satirical or not so I was assuming it wasn’t). But I found it really strange that their creatures that they were hunting in the jungle were called Mugwai which is only one letter off of the creatures in Gremlins, the Mogwai. That isn’t where the similarities end though. They also procreated rapidly and shouldn’t be fed after midnight and bred in the rain (don’t get them wet anyone??). Which is pretty much the same lore as the Mogwai from Gremlins. I was just really confused most of the time about what was going on and how the creators were allowed to cut so close to another franchise. I also really didn’t like the fact that when they found these creatures one of the characters said that they were very inbred and then another character called them retarded. Inbred does not equal retarded!!! That’s not what that means!! Inbred means (to quote from Dictionary.com) to breed individuals of a closely related group repeatedly. Really in this day and age you’re gonna call something retarded?? I don’t think so. There are any number of other words that they could have used in that situation but no you wanna break out the R word. That’s just lazy writing right there.

The fantastic artwork in this comic is the only reason that it is getting two stars from me. Without that it would have easily been a one star. I understand that these things are subjective and every person will have a different opinion but there are a few things, such a using a derogatory term for furry little creatures, that I think most people will agree on as being not a good look. I honestly wouldn’t recommend this book unfortunately.

That is it for this week! I hope you guys enjoyed reading all of my reviews! What are you reading lately? I Look forward to hearing from you guys!