Now for a slight departure from my normal programming.

A few weekends ago I went to the Key West Air Show whose theme this year was Women in Aviation (during Women’s History Month!). I got to watch two amazing woman stunt pilots, a full female unit of skydivers (the Misty Blues), and the first woman Blue Angels pilot in their 70 year history (can’t believe it took that long). I’m going to include a few photos here and talk a little bit about how awesome it was to see all of these wonderful female performs in action.

This first picture is of Patty Wagstaff in her stunt plane at the beginning of the show. Patty is a three time US National Aerobatic Champion and is the first woman to receive this honor. She is a six time member of the US Aerobatics Team and has represented the US in Olympic level competitions since 1986. The plane that she flies is called the Extra and it is a single-seat monoplane that was designed and built in Germany.

This was one of my favorite parts of the show. Patty really knows how to put on a show and entertain a crowd. Watching her plane climb and dive and do all sorts of amazing tricks and turns was AMAZING. If you ever have a chance to check her out then definitely do it! You will not regret it.

Next we saw the all woman skydiving team, the Misty Blues! Watching these ladies perform was so cool! I’ve never really seen any kind of skydivers until these ladies so it was really awesome to get to watch them. They had really cool blue and pink parachutes and when they first jumped out of the plane they had pink smoke coming off of them. I really enjoyed their show. 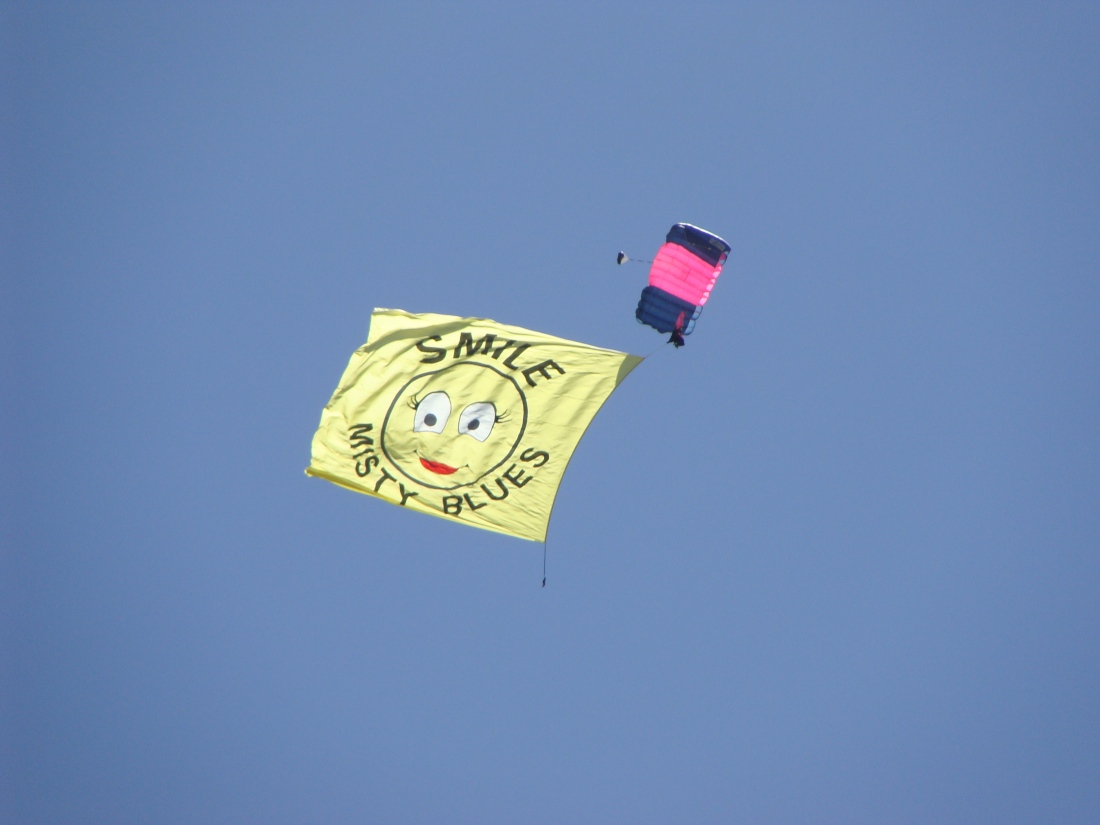 In the blue airplane below, we have Julie Clark another stunt pilot that was at the show. This year is her last year as a stunt pilot before she retires so I was super excited to see her perform before she retires. Her show was more of an aerial ballet than a fast paced stunt show. The announcer was quiet and they just played some really nice instrumental music in the background. Her show was really nice but very different from the other shows that day.

The last and biggest part of the show was the Blue Angels. Let me just say right up front that they were AMAZING. I loved watching them perform all of their stunts (also it was very hard to take pictures of them as they performed. They were so fast!!). I really love seeing them perform, this is the second time I’ve seen them and I can’t wait to see them again! 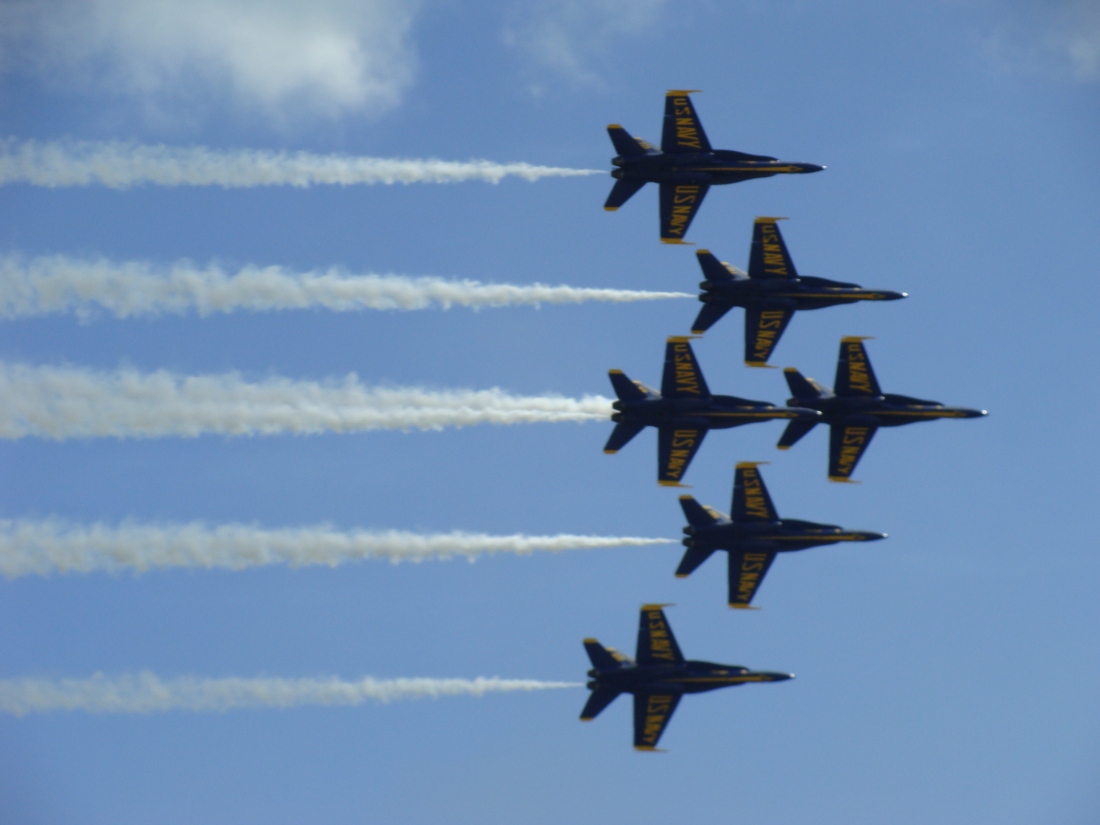 That is it for this post! In my next one I will be back to our regularly scheduled book posts. Come say hi on Twitter too!